Johannes Gutenberg’s invention of the printing press in 1450 changed the way we interact with stories. For the first time, mass book production was an option. More printed books began to find their way into more hands.

A fun way to introduce or teach children more about the printing press is to check out p. 25 of 53 1/2 Things That Changed the World: And Some That Didn’t! 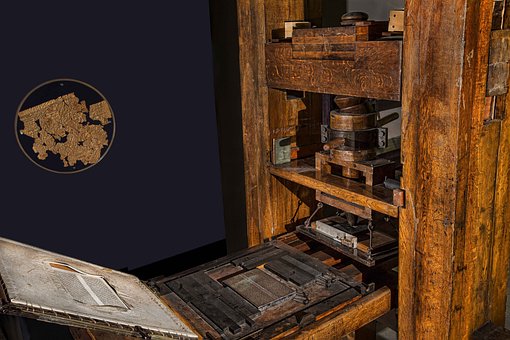 Although not originally intended for a young audience, three of Caxton’s translations (from French into English) are now considered children’s classics. These include: “Reynart the Foxe,” “The Book of the Subtyle Historyes and Fables of Esope” and “Le Morte d’Arthur.”

In addition to The History of Reynard the Fox, The Fables of Aesop & The Death of King Arthur, Caxton published a “Book of Curtesye” which reflected the role of books for children at the time: primarily instructive, usually related to manners or education.

At this time in history , children were taught using hornbooks.

Made by placing translucent animal horn over printed sheets of paper, these hornbooks contained the alphabet, numbers & the Lord’s Prayer. They were mounted on wooden paddles & remained popular for about 250 years.

For more perspective on children’s education during this time period, check out the children’s book Hornbooks & Inkwells. 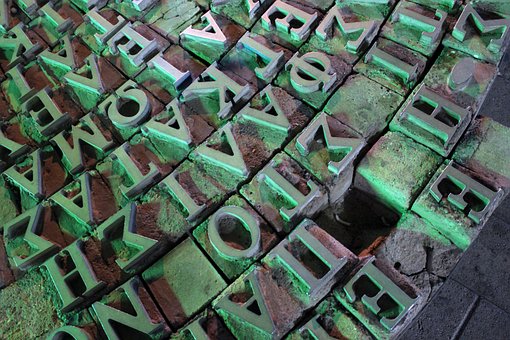 Battledores came next & were more like a modern-day tri-fold print brochure. These lesson books appeared in the 1700s, could be made of either paper or cardboard, & usually contained proverbs or prayers in addition to letters & numbers.

Despite the huge success of the printing press, books were expensive for the common man. As a result, as early as the 16th century, peddlers (aka as chapmen) began selling cheap chapbooks.

Primarily written for adults, these stories were often religious, historical or a tale from a previous generation, such as Jack the Giant Killer. English chapbooks lasted about 300 years & could be found in both England & America.

Here is a link to an audible version of some classic English tales. The narrator has a lovely voice & sometimes sings!

Through the Eyes of a Child: An Introduction to Children’s Literature as well as